Maw-Vriddhi Commercial Vehicles Pvt. Ltd. is a strategic partnership between the two renowned business houses of Nepal : The MAW group and the Vriddhi group. This partnership was founded in 2014 with the aim to cater the needs of the commercial vehicle segment by introducing MAN Trucks and Buses in the Nepal market. 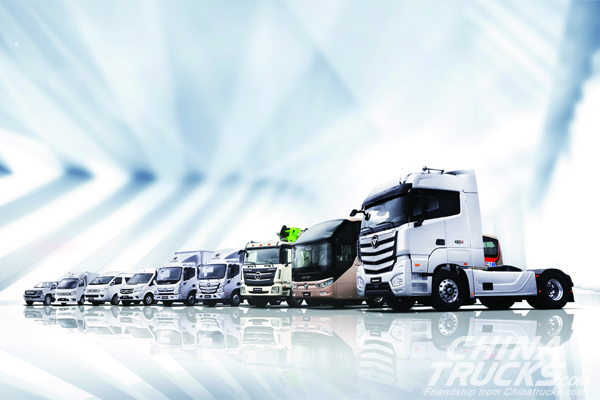 MAW-Vriddhi is the sole distributor of MAN Trucks India (a 100% subsidiary of MAN Truck & Bus AG, Germany) for the Nepal Market and primarily deals with haulage trucks, tippers, and buses. Over the years, Maw-Vriddhi has established its name in the commercial vehicle sector by supplying over 300 vehicles successfully in the country.

Maw-Vriddhi focuses on the three ‘S’ facility; in-hand stock, easily available Spare Parts and trouble-free access to Service. The company’s strong sales and network team ensures that customer care is a top priority. No matter where the customer is, the team gets in touch with them.

To further serve the Nepal markets’ increasing demand for commercial vehicles, the company has introduced its new dealership, Foton Motors, in the country. MAW-Vriddhi is predominantly focusing on the Pick-up, van (mini-bus) and ambulance segment from FOTON Motors. The company plans to expand its Foton product range in the near future.

FOTON MOTOR GROUP is a leading automobile manufacturing company dealing in commercial vehicles like trucks, buses, sport utility vehicles and agricultural machinery. It was established on August 28, 1996 and is headquartered in Beijing, China. It is a principal subsidiary of the BAIC Group (officially Beijing Automotive Industry Holding Co., Ltd.), a Chinese state-owned enterprise and holding company of several automobile and machine manufacturers in China.

With its 20 years of rapid development, Foton has become a pioneer in commercial vehicle industry. In 2010, it moved towards becoming a global enterprise with the vision to build a world class commercial vehicle brand and deepen overseas business through joint ventures and localized operations.It has sold its products to more than 110 countries and regions across the world, developing into a state-owned internationalized leading manufacturer of commercial vehicles in China. With over 600,000 exported vehicles, Foton ranks first in Chinese commercial vehicle export volume for 9 consecutive years.

The products available for sale in each country may vary. Please contact us for more details.